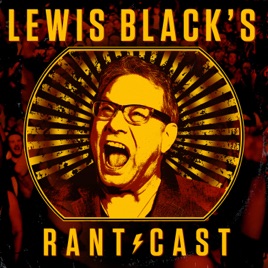 Lewis Black is providing you the opportunity to get whatever the hell is bothering you off your chest! Night after night on the road, Black delivers his wildly popular The Rant Is Due livestream where citizens of the world write in to tell him whatever is pissing them off. Lewis Black's Rantcast channels that anger in ways only a man whose devoted his entire life to ranting can do. The tirades are sometimes big. They are sometimes small. But when filtered through the comedic mind of Black in a live environment, they are always hilarious. We wanna make the podcast even better, help us learn how we can: https://bit.ly/2EcYbu4  For advertising opportunities please email PodcastPartnerships@Studio71us.com    Privacy Policy: https://www.studio71.com/us/terms-and-conditions-use/#Privacy%20Policy