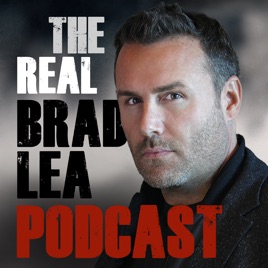 Laugh while you learn how to solve some of life's challenges! In fact, Brad Lea keeps it as real as it gets while he’s "Dropping Bombs" on a wide-range of topics that educate, inspire and makes you laugh out loud. Brad’s bombs are explosive strategies discovered through conversations with his fascinating guests that you can use to obliterate any obstacle getting in the way of your personal or business success. Listen to the Dropping Bombs podcast for exclusive content, success strategies rooted in real-life experiences and stories from the front lines. Brad’s dropping bombs. Listen up or run for cover!

4.9 out of 5
1690 reviews
J$$$23 2022/05/26
Love it - don’t waste your time on 478
Love this podcast Episode 478 was the 1st one I haven’t listened all the way through.
CDSimonson 2022/05/30
Nik can’t keep his lies straight
Nik Richie is a joke. He can’t keep the lies he spouts on these podcasts straight. Only listen to this podcast if you want to lose brain cells
Brice Renner 2022/05/19
Dropping Bombs!
This podcast is legit and as real as it gets! Love the honesty and all the knowledge that gets passed around! Do yourself a favor and give ole Brad Le...
more
tdwillia 2022/05/17
Legit the Bomb
TRBL is the bomb! All of his episodes keep you thinking, learning and growing. Each conversation has made me face my faults, look in the mirror and de...
more
bejegdkdhsjdsksh 2022/05/17
The Real Brad Lea
Best podcast Ever!!
Digging and winning 2022/05/10
All sorts of bombs dropped!!!!
If you want to learn and grow this podcast is a must! TRBL is an amazing host, asks great questions, challenges guests and interviews some pretty awe...
more
Realfinacial 2022/04/03
I NEED It!!
So I’ve been listening to the show for awhile now. This show will make you laugh get pumped, cry, and mad all at the same time. What makes this show u...
more
bigdre0324 2022/03/27
Brad bring on some great people!
You are never bored listening to this show but you’re always learning. Amazing show!
dankellermtg 2022/03/17
Brad is the real deal!
Finally got to see BL in real life speaking at a conference he spoke at (Momentum Builder 2022), he’s the real deal! Although I’ve never paid Brad a p...
more
Memem5422566 2022/03/16
Mindset mastery
Brad procures and produces elite level content in each and every episode. The amount of free knowledge broadcast is incredible. 100% recommend Droppin...
more
see all reviews